The case for connecting: why reaching out is so important for mental health

Men are more likely to stay silent about mental health issues. Staying connected to your friends could save their lives.

Les Shearn didn’t believe he was depressed, at first. He was a successful executive, responsible for staff and sites across the country. Every week he worked in a different city. He was active and outgoing. He probably didn’t fit many people’s picture of someone with depression.

But inside, he wasn’t coping. Like many Australians with mental health conditions, Shearn started drinking heavily. “I didn’t seek help to begin with,” he says. “I used alcohol as my crutch. Alcohol was masking the anxious and depressed state that I had.”

When Shearn first met his wife, she saw that something was wrong. “She told me to go and see her doctor, who - I did not know - specialised in mental health,” Shearn says. “Had I have known that, I would not have gone.”

After taking Shearn through a questionnaire, the doctor diagnosed him with depression and anxiety. “My first reaction was, ‘It can’t be’,” Shearn says. “But then there was a sense of relief that, actually, what I was feeling and had been feeling for some time had been diagnosed.”

A common but little heard story

Shearn’s story is unfortunately common among people in Australia, particularly men. Dr Grant Blashki is the lead clinical adviser at Beyond Blue and a GP, and meets many people struggling with their mental health.

“The unfortunate, very sad reality in Australia is we have more than 3,000 people every year choosing to take their own lives,” Blashki says. “And we know that males are about three times more likely to die by suicide than females.”

Shearn struggled with the stigma surrounding men’s mental health. “We just don’t talk,” he says. “It’s seen as a weakness. For me and my generation, we were taught that being a man is about being strong. Don’t cry. There’s something wrong with you if you show an emotion. I now know this to not be true; rather, it is courageous.”

In 2010, a serious accident turned Shearn’s life upside down. He had a major fall and broke his neck, spending months in hospital and rehabilitation. When he returned home, he kept drinking to dull his feelings.

“I continued to drink until the fourth of February 2011, where I finally made the decision that that’s it, I’ve got to change this.

“Sport’s always been important to me, so I put an analogy around that. I needed a coach, that was my GP; and I needed a support team, and that was my psychiatrist and psychologist. And I committed to staying on the medication and doing what I needed to get myself fully fit and healthy. And that’s what I did.”

Shearn supports the growing number of organisations, such as sporting bodies, that help to break down stigma, by showing men they can be tough and vulnerable at the same time.

“It’s really important that people see their role models are needing to dip out of things and they’re having issues and they’re working on it as well,” he says.

“And putting their hand up. That’s the most important thing: putting your hand up and saying, ‘I’m not OK. Please can I get some help?’”

Signs of a silent struggle

Being able to ask for help is really hard for many men. That’s why staying connected is so important. When a friend doesn’t feel they can come forward, there are signs we can look out for, and be proactive in offering support.

Blashki says to watch for changes in the behaviour of loved ones, including “the way they’re thinking about things, [expressing] a lot of self-blame, [being] very negative about the future, very all or nothing, and not uncommonly feeling like they’re a bit of a burden on everyone”.

People struggling with mental health might seem sad, or uncharacteristically angry, or get into a lot of conflict, Blashki says. People may experience poor sleep, and tend to withdraw: they might stop answering phone calls and change their usual routines.

As in Shearn’s case, Blashki says he also sees men start to drink heavily to cope.

These days, Shearn volunteers as a speaker for Beyond Blue, helping men feel confident enough to reach out and share their feelings with others. But he wonders if a bit more openness from a friend might have helped him face his struggles earlier.

“What I do say to people is don’t ask the question if you’re in a hurry,” he says. “Because if someone actually says, ‘No, I’m not OK’, you can’t then dismiss that.”

How to have a friend’s back

Being a good support for a friend might sound intimidating, but Blashki offers some simple starting points.

He says to think of ways to break the ice and ease into the more difficult conversation. Even then, Blashki says a friend might not always open up right away. “Keep in mind that with a lot of Australian male culture, a pretty common response is, ‘Ah nah, I’m right mate!’” he says. “But that’s OK, because people might come back to you.”

Whatever a friend’s response, keeping the lines of communication open is the most important thing.

“You don’t have to be a psychologist,” Blashki says. “Use your common sense, pick a good time and a good place, generally not with other people around.” He suggests having a chat while doing something else - such as going for a walk or kicking a football - and chatting side by side so it’s less confronting.

Blashki also suggests trying to facilitate some support. “That might be saying, hey, have you had a look at the Beyond Blue website? Or, maybe you should go along to the GP?”

Staying in contact makes us more likely to notice signs that a friend is struggling, but it’s good for our own mental health, too. And if we’re all coping better, we can help each other during the tough moments.

Shearn says he wants men to know there are brighter times ahead.

“You can get through it,” he says. “And I don’t believe anyone needs to be at the bottom of the barrel to bounce back up. I think if you can catch yourself before you hit the bottom, fantastic. That’s the role that we’ve all got to play in looking out for each other.”

As an organisation that connects every Australian, Australia Post is proud to partner with Beyond Blue. Together, the two organisations aim to lead a positive change in the way Australians talk about mental health. Because when we connect, we feel better. Learn more. 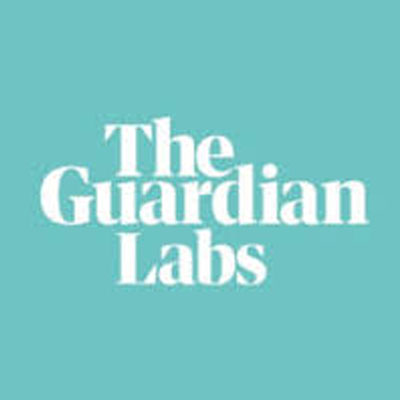