A first-timers guide to travelling China

Robert Louis Stevenson said, “There are no foreign lands. It is the traveller only who is foreign.”

A first trip to another country can be difficult, but navigating through China and its diverse region can be a challenge for even the veteran traveller. China has its own unique set of etiquette and cultural practices that it has cultivated over its 5000-year history. We’ve put together some tips to help you get acquainted with some of the cultural nuances to expect when you get there.

Where possible, stick to public transport and taxis, as international visitors cannot legally drive with an international driver’s license. You may apply for a provisional Chinese license to obtain a rental car, but the processes can be quite tedious, differ from place to place and policies can change quite frequently.
If you do get behind the wheel, don’t expect the same Australian road rules to apply. Definitely brush up on some of the oddities of how people drive in China before you head off, as just for example; drivers will often run red lights and cut each other off.

Tip: Just as drivers will cut in front of you on the roads, so will people in queues. Although we might consider it rude, it’s quite normal for people to jump in front of the line, so just let it slide.

Whilst travel cards (particularly in partnership with UnionPay, as these are most common) will be widely accepted throughout the big cities, cash is definitely the preferred payment method at restaurants, in markets and for transport. Get some Renminbi (RMB) or Chinese Yuan (CNY) changed beforehand. Alternatively, a reliable currency to bring would be the American Dollar (USD) as it is widely accepted at larger stores and hotels. All of these can commonly be referred to as ‘kawi’; similar to us referring to the Australian Dollar as ‘bucks’. There are many ATMs and most will accept your regular Visa or MasterCard (just be mindful of withdrawal fees).

As Australia is rapidly becoming a card-centric society, sticking to cash may feel abnormal and you might feel inclined to rid your pockets of coins or tell servers to ‘keep the change’. But as a general rule, no one tips anyone in China. Many places will have a ‘no-tipping’ policy – it can also be considered rude or condescending, so many hospitality workers will not accept it anyway. The only exception is you’re travelling as part of a tour, in which your tour guide’s income depends on the generosity of foreigners.

Dining in China is an incredible experience and should definitely be looked at as a culinary adventure, so give everything a shot! But don’t expect ‘Chinese restaurant food’ that you’re used to in Australia. Many Australian favourites that we may consider staples on the take-out many are actually Western adaptations of traditional Cantonese or Sichuan meals. The styles and flavours of food also differ depending on what region you’re in. You may hear these referred to as ‘the eight cuisines’.

As a general guide:
Sichuan and Hunan cuisines: hot spices, lots of chili, garlic, and peanuts in stir-frys
Anhui and Fujian cuisines: inclusion of wild foods from their mountains, milder sweet and sour tastes
Guangdong (Cantonese), Zhejiang, and Jiangsu cuisines: great seafood, and generally sweet and light flavours.
Shandong cuisine: fresh and salty with a lot of seafood dishes.

Don’t limit yourself to the ‘great eight’ though – these are merely an indication to the kind of flavours you can expect depending on the region you visit (and actually don’t account for about three quarters of the country). There are many other exciting and adventurous meals waiting for you to discover in China; read more about the history of China’s gastronomic culture.

Tip: Don’t put milk or sugar in your tea; There’s an enormous variety of tea in China and it’s all drunk neat, so try as many as you can.

Don’t expect everyone to speak English

As you move into the countryside or away from tourist areas, not everyone is going to understand English. Even in the big city, people outside of the service industry are unlikely to speak a great deal of English. A great app to use while travelling China is Pleco which houses a collection of dictionaries and is also a great tool for learning the language. Google Translate is also another good option if you get stuck. If you can’t find the right phrase, type your question into the translator and the pronunciation function will allow the person you’re speaking to read and listen to what you’ve written.

Learning some basic words and phrases before you go is also a good idea – when it comes to ordering food or asking for directions, some familiar words will go a long way. There are many spoken languages in China, but the most common is Standard Chinese, based on the Mandarin dialect:

Hello = Nǐ hǎo (or Wèi, more commonly used as we would ‘Hello?’ such as when answering a phone)
How are you? = Nǐ hǎo ma?
Please = Qǐng
Thank you = Xièxiè (pronounced shyeah-shyeah)
Goodnight = Wǎnān
Excuse me = Qǐngwén (used to get someone’s attention, as opposed to apologising).
Sorry = Duìbùqǐ
Do you speak English? = Nǐ huì shuō yīngyǔ ma?
Where is the toilet? = Cèsuǒ zài nǎli?

Take your shoes off

Always remove your shoes before setting foot in someone’s home or in a temple. If you’re unsure where else this rule applies, it’s a good idea to check before you enter. See what people around you are doing, or if there is a place to put your shoes at the entrance.

If you’ve managed to manoeuvre these slightly tricky utensils, take note of this when you’re eating out – don’t stick your chopsticks straight up in your food, lick them, or point/gesture at someone with them, as this is considered rude. Pointing in general, snapping your fingers or whistling at someone is also considered rude, so don’t do this to get your waiter’s attention either. Use an open hand to gesture if you really need to, or better yet, “Qǐngwén”!

Although China has a massive population of social media users, there are many platforms banned in China, including Facebook and YouTube. Enjoy the break from the feed or jump on the Weibo bandwagon.

If it’s your first time to China, avoid travelling during the Golden Weeks which take place for Chinese New Year and National Day (October). Hundreds of millions of people take holidays during this time, which can make it a very overwhelming and difficult time for tourists to get around.

Don’t believe everything you read

No doubt you’ve read a dozen forums on people’s recommendations and tips for what to do and not to do in China. Whilst these are a great source of top eats or handy tips, take it all with a grain of salt. In addition to the fact that everyone’s travel experience will always be different – China is one of the world’s fastest-changing societies, so many online reviews may be outdated.

Bonus tip: Carry some toilet paper or tissues around with you… Let’s just say not all public toilets are well stocked.

Are you ready to experience all that China has to offer? Organise travel insurance before you go. 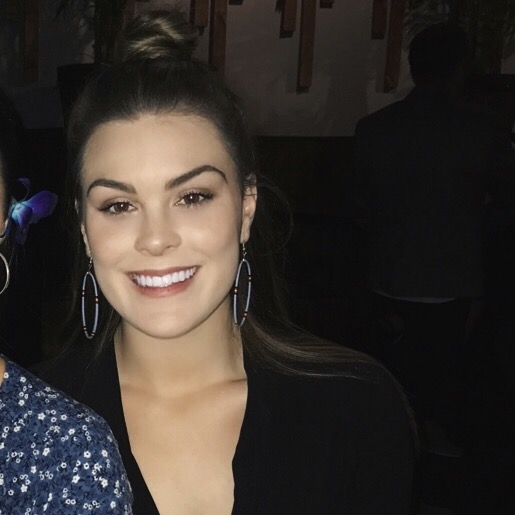 Contributor
After several years in the retail industry and a variety of communications roles, Lauren now works in the Digital Content Marketing team at AusPost. When she’s not writing content for this blog, you’ll find her listening to true crime podcasts and eating doughnuts.

Contributor
After several years in the retail industry and a variety of communications roles, Lauren now works in the Digital Content Marketing team at AusPost. When she’s not writing content for this blog, you’ll find her listening to true crime podcasts and eating doughnuts.