Travel like a local: A taste of the real Fiji

It’s tempting to sip piña coladas poolside at one of the many resorts dotting the main island of Nadi, but for a real taste of Fiji, venture further afield and discover Vanua Levu.

We had so many incredible days in Fiji, but one the best was an afternoon we spent visiting a traditional village in Savusavu on the island of Vanua Levu, the second largest of Fiji’s more than 300 islands. Savusavu may be the biggest town on the island, but with a population of less than 5,000 people, you’ll notice its village-like charm the moment you step off your ridiculously tiny plane onto the tarmac.

What I love most about the Fijian people is their strong sense of community. Most indigenous Fijians still live in villages with a chief at the helm and they place great importance on the family unit, their village and the land. It’s a gentler, more laid-back way of life that’s lived closely with nature, with most villagers making their living from the ocean and the land.

When you visit a Fijian village for the first time, you participate in a traditional welcoming ceremony with the village chief called ‘sevusevu’ where you present a gift of kava. Our guide took us to the local farmers market to buy the kava for the village and told us that Vuadomo Village was also famous for an incredible waterfall. But to get access to the waterfall, we needed to ask permission from the chief and depending on his mood, he could say yes or he could say no.

One of the things you’ll learn when you visit Fiji, is that the locals have an awesome sense of humour—they are always playing pranks, telling jokes and having a laugh. So there I was presenting the kava while my guide translated my waterfall request in Fijian to the chief. The chief said a few words back, which my guide translated as NO. My guide instructed me to ask the chief again. Everyone was silent and the vibe was tense. All of a sudden the chief and his villagers erupted in laughter. They got me good, real good. Once the laughter died down, one of the women elders showed us around the village to see their traditional way of life.

The village was simple, yet beautiful. Immaculate gardens surrounded small bures with tinned roofs. Chickens were running around, children were playing and we were shown the canoe-like boats they use to fish in the warm tropical waters of the Pacific Ocean.

The woman took us to see Vuadomo Waterfall, and it turned out that the walk there was just as beautiful as the waterfall itself. At first glance, it just looked like a walking track through a lush, green jungle. But we soon discovered that the plants surrounding us were all there for a purpose. Passionfruit vines dangled overhead, there was wild ginger at our feet, and banana and plantain trees lined the path.

While the waterfall was spectacular, what made our day so special was the people we met and the way they welcomed us into their world. On the way back from the waterfall we ran into the daughter and husband of the woman from the village picking ingredients for dinner. We walked a little bit further and bumped into her son coming home from school. His eyes lit up when he noticed the necklace I was wearing—a pale blue string of seeds I’d bought at the village earlier. He told me he collected the seeds from the river and made the necklace—it was his way of earning money for the village.

Our visit to that village and the time we spent with its community was one of the most special moments we had in Fiji. We got to see Fiji through the eyes of the locals, where we were able to experience their own personal connection to the islands.

Get close to nature at the beautiful Koro Sun Resort which is famous for its incredible rainforest setting. They have a range of accommodation options that include beautiful bures set amongst the rainforest and luxurious bures on the edge of the ocean where you can fall asleep to the sound of the waves gently lapping below.

Ready to explore Vanau Levu? Don't forget to organise your travel insurance before you go.

Bliss out in Bali: 6 spots to find peace in Bali

Everything you need to know about group vs solo travel 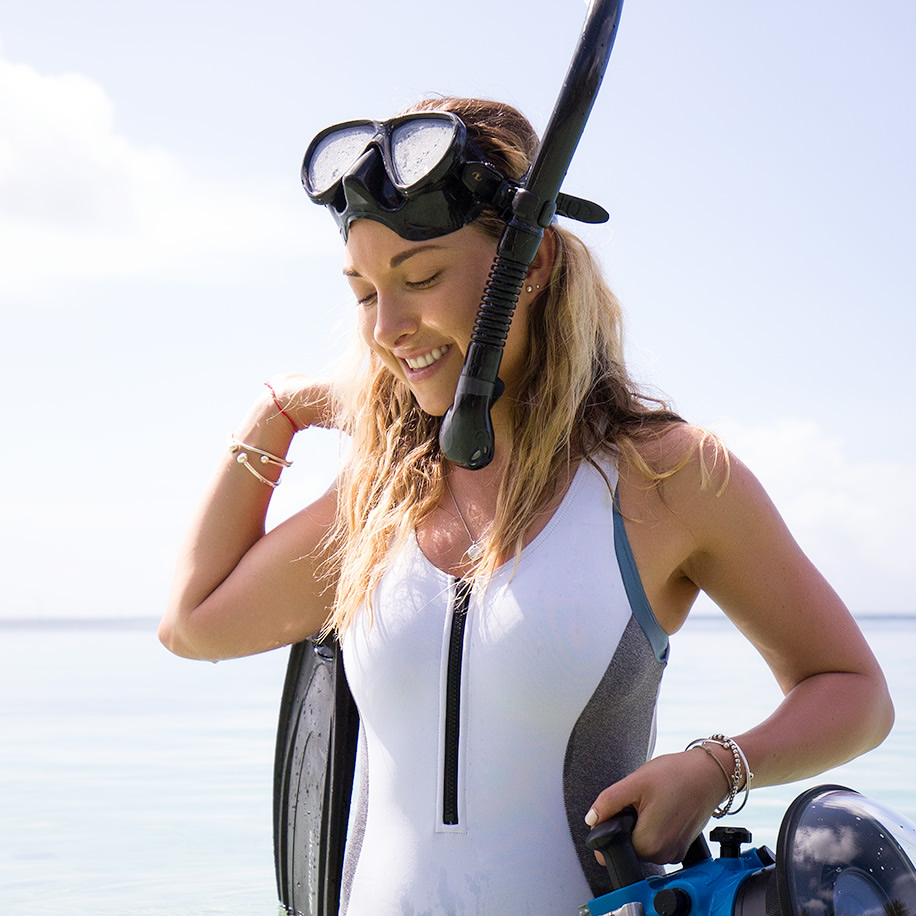 Founder of This Island Life
Laura McWhinnie is highly respected advertising creative with over 10 years’ experience as a writer. Since starting her career as a copywriter in 2005, she has worked for top Sydney agencies including Host, Clemenger, McCann Sydney, M&C Saatchi and Soap Creative. Whether it’s through words, film or photography, Laura has a true passion for storytelling that she has used to build her brand THIS ISLAND LIFE®. http://www.thisislandlife.com/

Founder of This Island Life
Laura McWhinnie is highly respected advertising creative with over 10 years’ experience as a writer. Since starting her career as a copywriter in 2005, she has worked for top Sydney agencies including Host, Clemenger, McCann Sydney, M&C Saatchi and Soap Creative. Whether it’s through words, film or photography, Laura has a true passion for storytelling that she has used to build her brand THIS ISLAND LIFE®. http://www.thisislandlife.com/