With so many amazing options to choose from across the country, the gardens of Italy should be added to any travel itinerary. Whether it’s your first or fifth time to the country, Italy’s gardens represent a special part of its history and are a great way to unwind and connect with your surroundings. Here’s a selection of the five best.

With its 22 striking and colourful sculptures representing the tarot deck, the Il Giardino dei Tarocchi or the Tarot Garden, is a truly unique and dazzling art garden experience. This is a highly-recommended stop while you’re in Tuscany, it’s a nice break from the usual tourist sites and a real hit with kids. Constructed over 14 years throughout the 1970s by French artist Niki Saint Phalle and her sculptor husband Jean Tinguely, the gardens are imaginative, modern, wild and even psychedelic. The sculptures tower up to 12 metres, covered in bright mosaics of tiles and mirrors. Located in the Capalbio region of Tuscany, the Tarot Gardens are open in the warmer months between April 1 and October 15.

The best garden for kids

Stretching over nearly 200 acres, the Villa Borghese gardens in Rome are fantastic for the whole family and have pretty much everything you could want. It’s the city’s largest park and comprises a botanic garden, Rome zoo, four museums and sculptures throughout. On top of that there’s plenty of activities including a miniature train, pony rides, bikes, golf carts and rollerblades for hire and boating on the lake. There are also special activities for little ones such as the Ludoteca recreation centre – where kids can draw, paint and play with toys from the library. And for a classic Italian experience, the Teatro San Carlino Marionette Theatre puts on puppet shows between September and December and February to July. Villa Borghese is located just north of the famous Spanish Steps.

The best garden for sightseeing

Just outside of Rome in Tivoli, is the impressive Villa d’Este gardens, a UNESCO world heritage site. Built in the 16th century the villa itself has spectacular frescos and centerpiece artworks but its biggest claim to fame are its breathtaking fountains. The first examples of ‘water theatre’, there are 51 fountains in total, each unique and stunning in their own way. Combining spectacular sculptures of nymphs and mythology, lush greenery and even a hydraulic organ that plays every two hours, Villa d’Este is well worth a day of exploring and looks amazing at night.

The garden with the best views

The La Cervara Abbey and gardens are surrounded on all sides by the sea and has stunning views over Portofino and the Gulf of Tiguillo. Originally the home of Benedictine monks, it’s now the only remaining example of Italian Renaissance style gardens in the Italian Riviera. The two levels of the gardens feature geometrically designed boxwood hedges, a 17th century marble fountain and the original vegetable garden started by the monks has been preserved. But arguably the best sight is a courtyard with a stunning 500-year-old wisteria that overlooks the sea. La Cervara can be visited by booking ahead and is open between March and October.

The best garden for gardeners

Villa Taranto sits on the edge of Lake Maggiore in Pallanza in the north of Italy. It’s considered one of the most important botanic gardens in the world with nearly 20,000 plant species including rare breeds. Established by a Scottish captain in 1931, the landscape is designed in an English style with Italian features such as statues, water features and terraces. With over 300 varieties on display the dahlia maze is a special highlight and the flowers are at their best between July and October. The garden also features fantastic displays of azaleas, water lilies and lotus flowers. Throughout the year, Villa Taranto hosts special events based on particularly flowers in season – an absolute must for gardening and flower enthusiasts. Villa Taranto is open every day between March and November 1.

Ready to go? Get your travel insurance, travel money and a mobile travelSIM now. 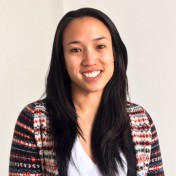 I'm a digital content specialist obsessed with food, travel and window shopping - with my wallet more often than my eyes. In December 2015 my husband and I moved from Melbourne to Paris with our French bulldog named Truffle. You can follow us on Instagram @thefrenchiefiles.

I'm a digital content specialist obsessed with food, travel and window shopping - with my wallet more often than my eyes. In December 2015 my husband and I moved from Melbourne to Paris with our French bulldog named Truffle. You can follow us on Instagram @thefrenchiefiles.