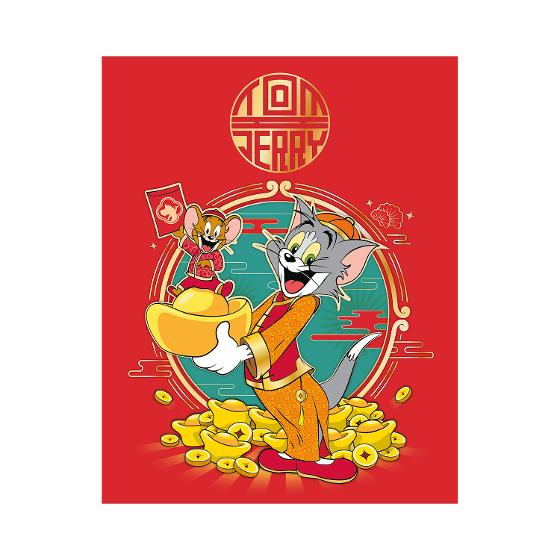 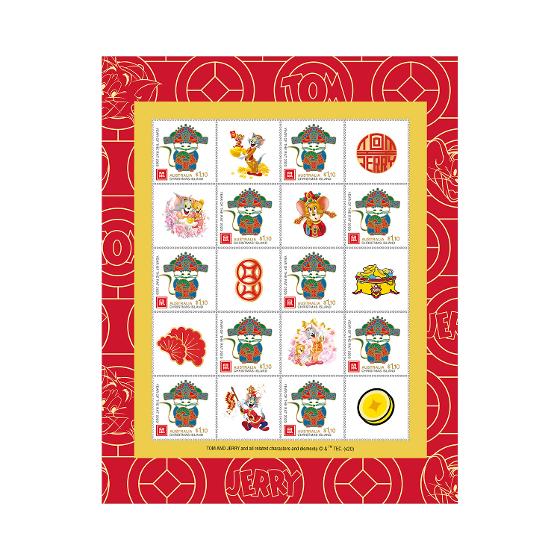 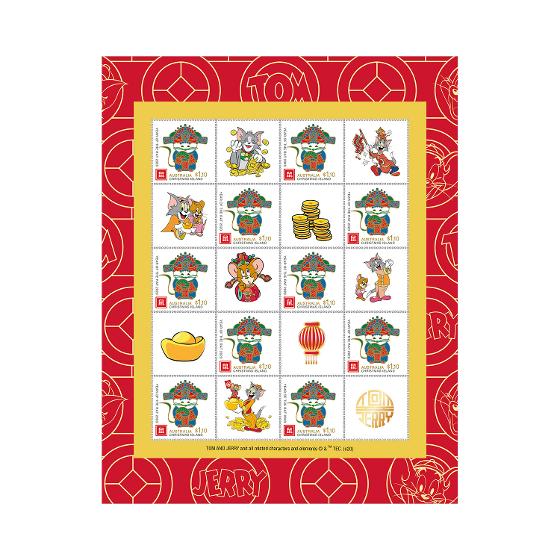 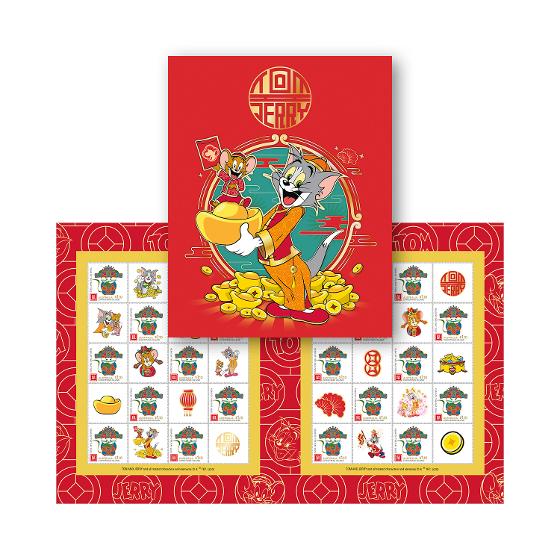 The stamp tabs feature Tom and Jerry in various costumes and other items relating to the celebration of the Lunar New Year.

The much-loved comic cartoon duo of Tom and Jerry was created in 1940 and has since featured in countless short animations, full-length feature films, comic books, video games and even a stage musical. Tom, a black-and-white cat, constantly pursues Jerry, a clever, wily little mouse, who inevitably outwits his feline foe. In this stamp pack, Tom and Jerry are celebrating the Chinese New Year of the Rat, which begins on 25 January 2020. The Chinese characters for rat can also denote mouse, and Jerry is overjoyed he has his own special year. Like those born in the Year of the Rat, Jerry is imaginative, generous, quick-tempered and intelligent. Rat years over the last century were 1900, 1912, 1924, 1936, 1948, 1960, 1972, 1984, 1996 and 2008.

Lunar New Year, also called the Spring Festival in China, is the most important of the traditional festivals celebrated by Asian cultures throughout the world. It is a time to finish unfinished business, settle debts and bury differences so the New Year can be started with a clean slate. New Year celebrations centre on the family and family reunion. Incense is burned for ancestors; special food is prepared. Friends visit each other with presents, and cards are exchanged. Gifts of money wrapped in lucky red paper envelopes are distributed widely.

The stamp image of the Rat is based on a character in traditional Peking Opera. Actors are carefully made up and dressed in beautiful, flamboyant costumes. Performances often take place during Chinese New Year and combine elegant movements, singing, recitation, acting and martial arts. 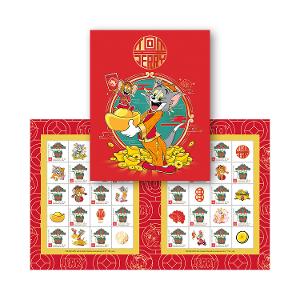