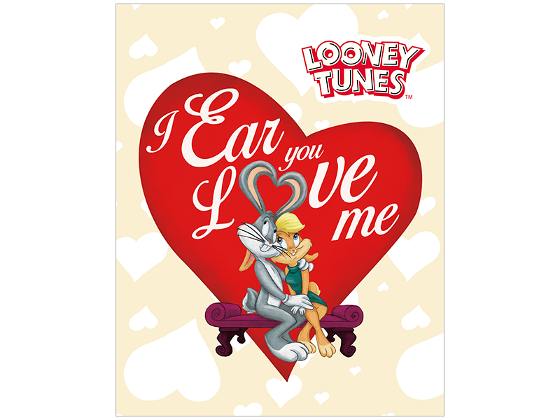 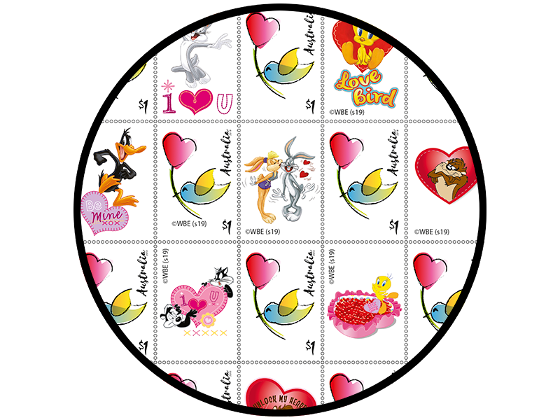 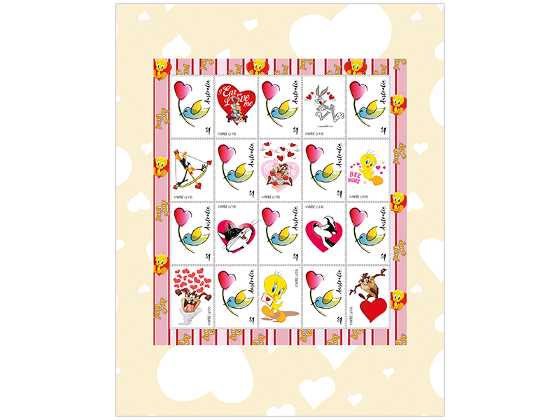 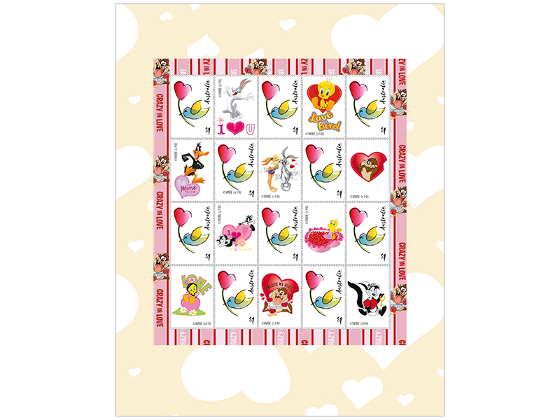 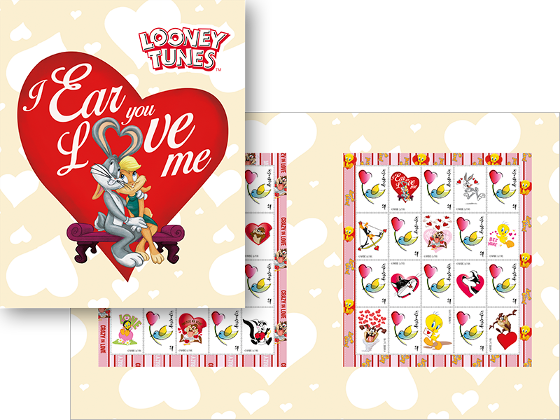 The Looney Tunes Lovestruck stamp pack comprises two sheetlets of 10 x $1 stamps featuring the Love birds stamp from the 2019 Moments to Treasure stamp issue. There are 10 stamp-tabs in each sheetlet featuring images of much loved Looney Tunes characters.

Spread the love this Valentine’s Day with sweethearts Bugs Bunny and his girlfriend Lola Bunny. Bugs Bunny, perhaps the most famous of all Warner Bros. cartoon characters, made his first appearance in 1940 in animated short films Looney Tunes and Merrie Melodies. Bugs’ insouciant, laidback style, Brooklyn accent and catch phrase, “Eh... What’s up, doc?”, originally voiced by Mel Blanc, have endeared him to generations of viewers throughout the globe. Bugs was somewhat shy in love and took some time to form a romantic attachment. His girlfriend, Lola Bunny, first appeared in 1996 in the film Space Jam. Since then, Lola and Bugs have sealed their relationship in other films and media including animated sitcom The Looney Tunes Show.

The original Looney Tunes created some of the most beloved cartoon characters to have come out of America. In addition to Bugs Bunny, Porky Pig, Sylvester the Cat, Tweety Bird, Tasmanian Devil, Daffy Duck and Pepé le Pew are among the huge cast of characters to have found admiring audiences through the genius of Warner Bros. The popularity of the much-loved animated series was boosted by its stars’ appearance on the small screen during the 1950s. Bugs Bunny was the first Looney Tunes character to make his way into everyday lives and lounge rooms through his own television show, from 1960. Since then, the comedic talent of the Looney Tunes mob has moved across media – into comics, amusement parks, video games and digital media. Through this network of channels these lovable characters continue to deliver larks and laughs to audiences across the globe. 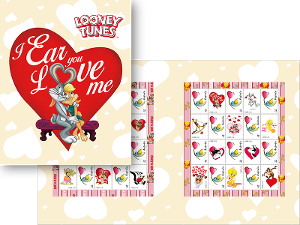