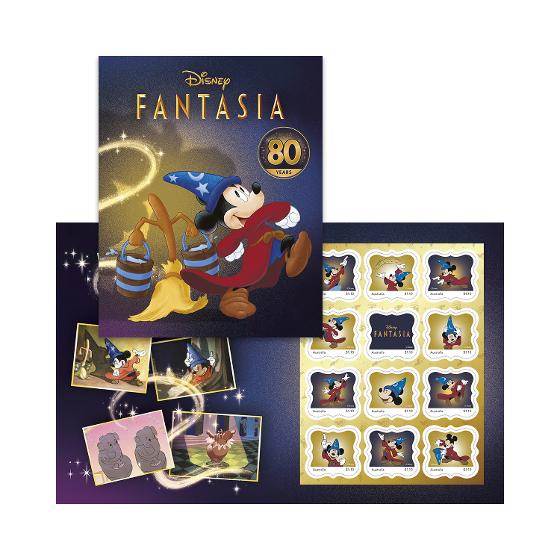 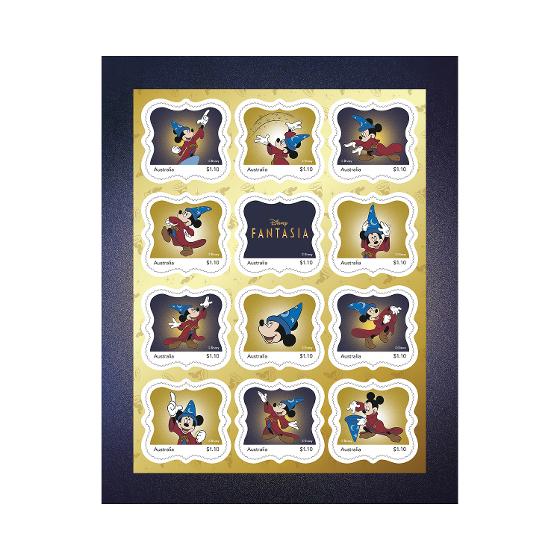 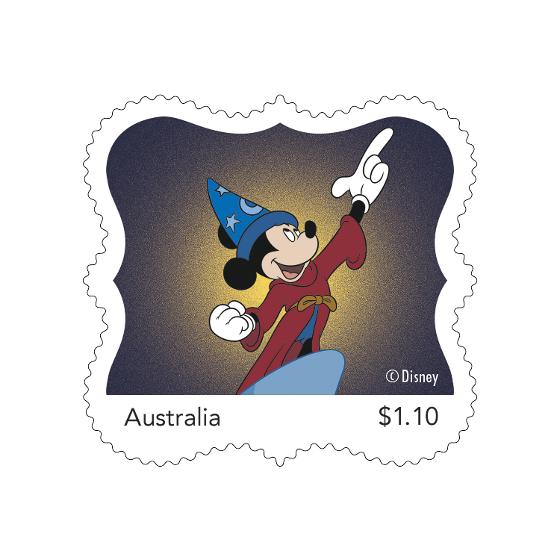 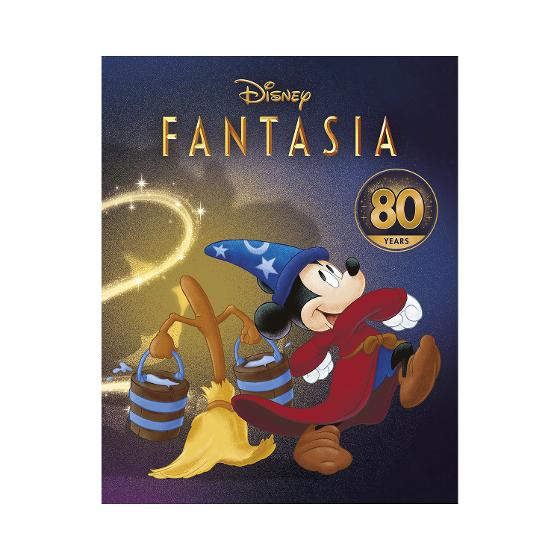 The Disney Fantasia 80 years stamp pack comprises a sheet of 12 x $1.10 stamps using the Curved Frame stamp template from the new MyStamps range. The pack design features wonderful graphics from the movie, the majority of which feature Mickey Mouse as the Sorcerer’s Apprentice.

The third animated feature ever to be released, Walt Disney Productions’ Fantasia celebrates its 80th birthday in 2020. Audiences were first introduced to the film in 1940 through a theatrical roadshow release across 13 US cities.

Conceived as eight magical and highly coloured vignettes, Fantasia combines masterful animation with compelling classical music to deliver what was at the time nothing less than a brilliantly novel film experience — an assemblage of stories rather than a single narrative, and all set to music.

Composer and critic Deems Taylor was cast as the film’s master of ceremonies, introducing through “life-action” scenes the film’s eight segments, each accompanied by a renowned piece of classical music: Bach’s Toccata and Fugue in D Minor, Tchaikovsky’s The Nutcracker Suite, Dukas’s The Sorcerer’s Apprentice, Stravinsky’s Rite of Spring, Beethoven’s The Pastoral Symphony, Ponchielli’s Dance of the Hours, Mussorgsky’s Night on Bald Mountain and Schubert’s Ave Maria.

Leopold Stokowski conducted the music, with seven of the segments performed by the Philadelphia Orchestra. Fantasia’s soundtrack was recorded using multiple audio channels and reproduced with Fantasound, an audio technology pioneered at Disney during the film’s production, which resulted in stereophonic sound. This innovation made Fantasia the first commercial film to be produced with stereo rather than mono sound.

Over the 80 years since its making, Fantasia has retained its popularity among viewers both young and not-so-young. This stamp pack doffs its hat to a timeless cinema classic — to a sight-and-sound extravaganza on film. 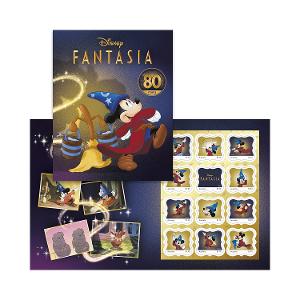