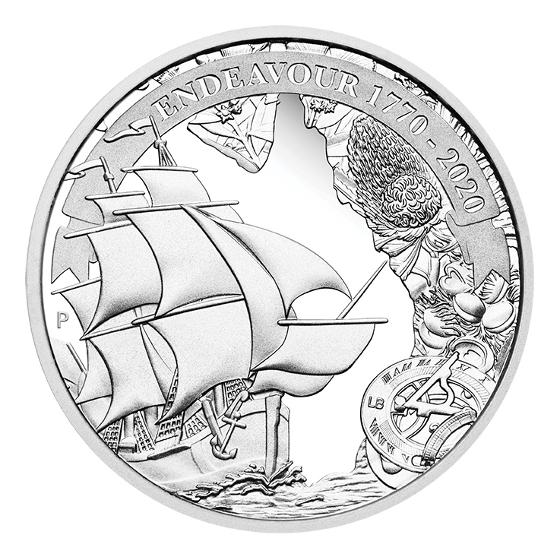 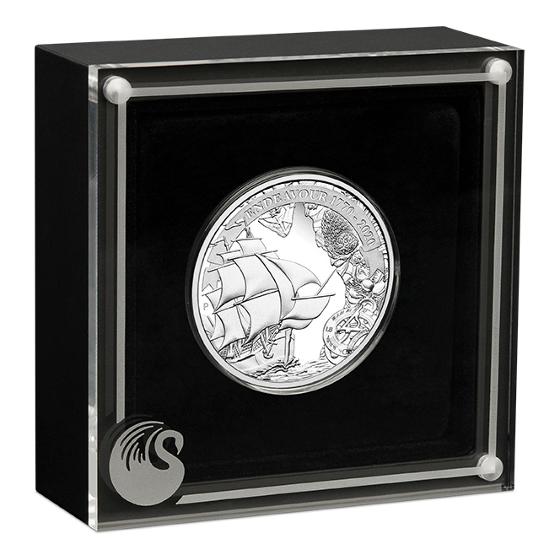 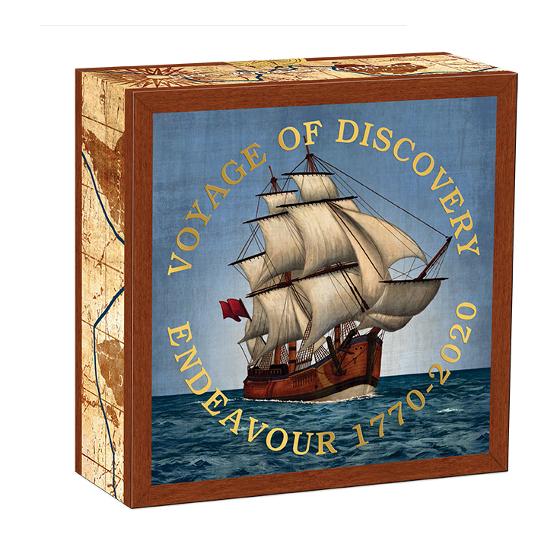 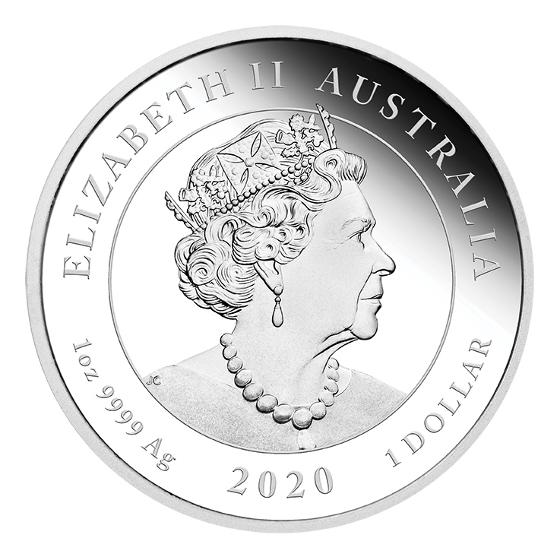 This special anniversary release celebrates the 250th anniversary of the British Royal Navy’s research vessel Endeavour reaching Australia in 1770. HM Bark Endeavour, captained by James Cook, embarked on its Pacific voyage on 26 August 1768 with instructions to chart the transit of Venus across the sun at the equator. Subsequently charting New Zealand in 1769, the British expedition sighted the east coast of Australia at Point Hicks on 20 April 1770.

As Endeavour sailed north, Cook charted the coast before making first landfall at a wide, shallow bay south of present-day Sydney on 29 April 1770. Naturalist Joseph Banks recorded so many previously unknown botanical specimens at this location that Cook named the area ‘Botany Bay’.

The ship also stopped at what has since become known as the Town of 1770 before Endeavour struck the Great Barrier Reef and ran aground near Cooktown on 11 June. The voyage was delayed while repairs were carried out. The ship then rounded Cape York, stopping at Possession Island in the Torres Strait on 22 August.

Coin design
The coin’s reverse design features a representation of HM Bark Endeavour against an outline of the east coast of Australia. Depicted in the background are various flora including Banksia, named after Joseph Banks, and wattle. Also included in the design is a representation of a compass, the inscription ‘ENDEAVOUR 1770-2020’ and The Perth Mint’s ‘P’ mintmark.

Presentation
The coin is housed in a classic display case with a clear lid. Packaged with an illustrated shipper, each coin is accompanied by a numbered Certificate of Authenticity.

The year-date on each coin does not necessarily indicate the year of release or the year in which it was minted. 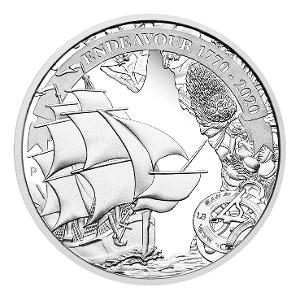