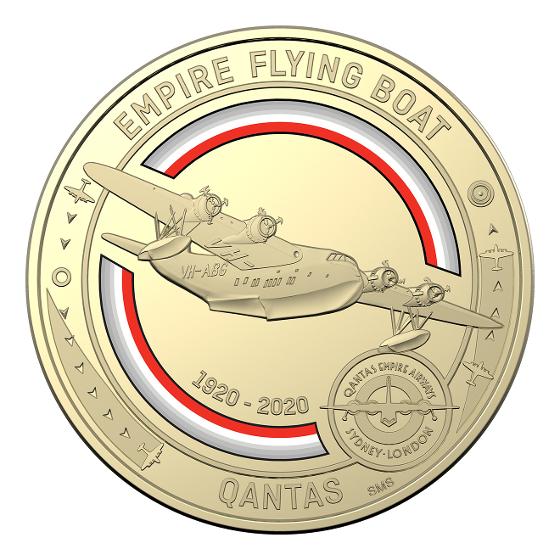 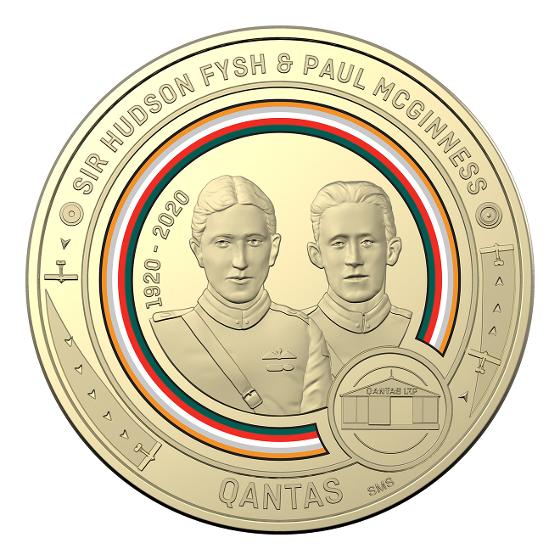 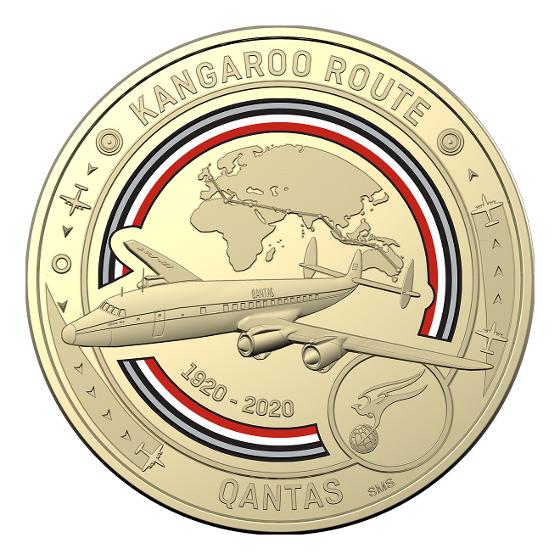 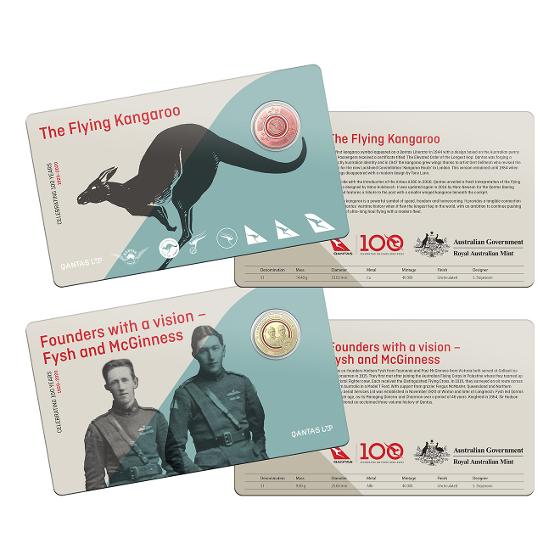 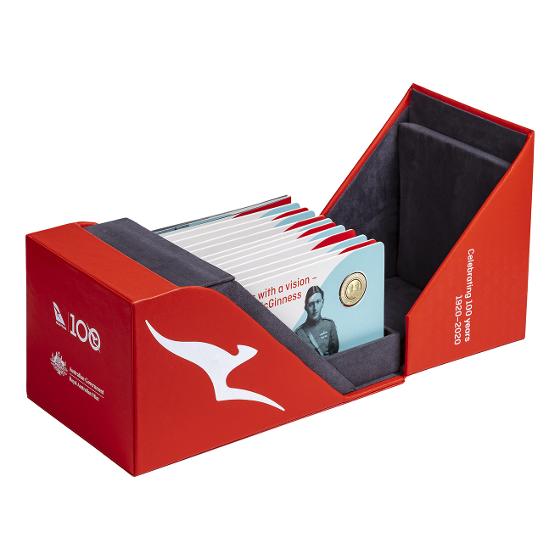 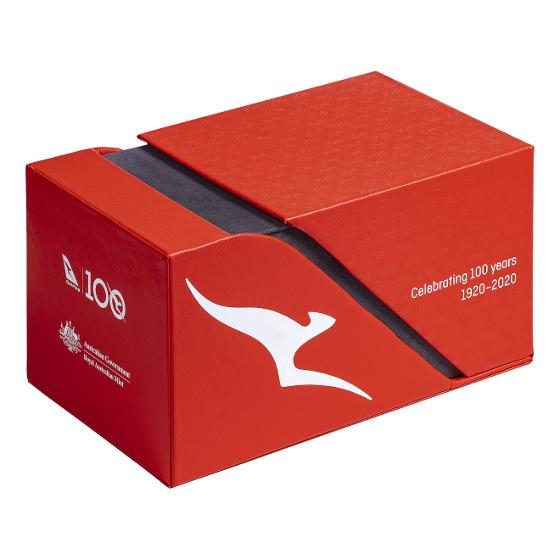 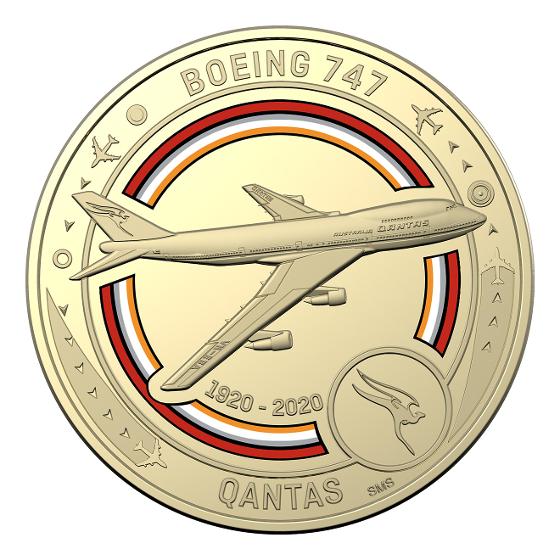 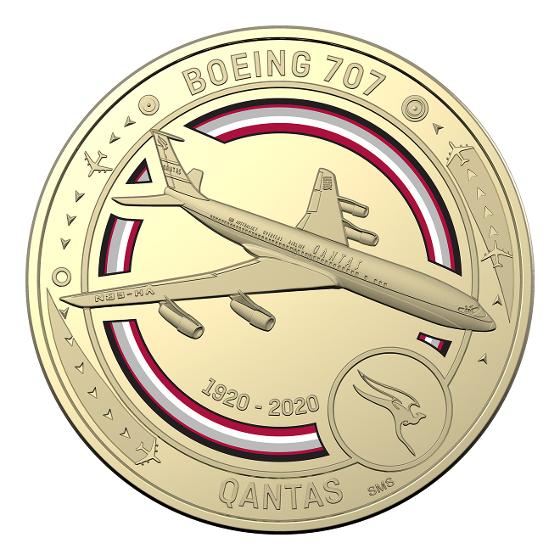 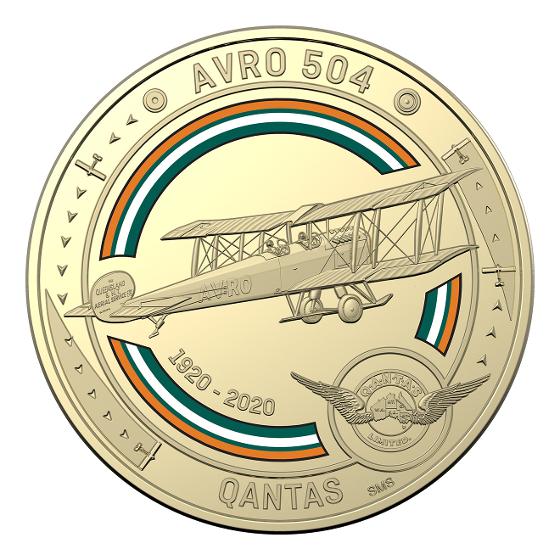 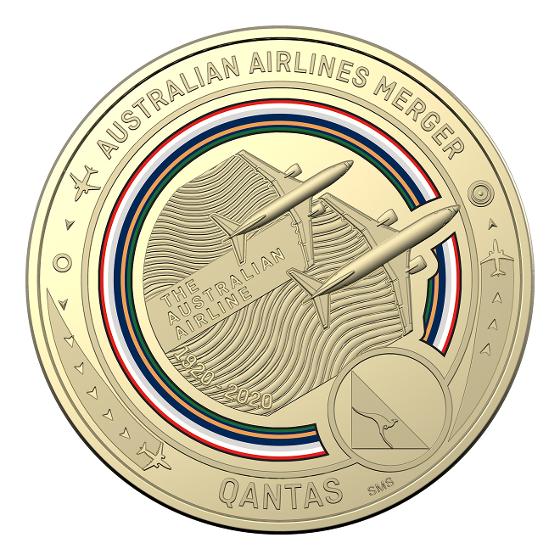 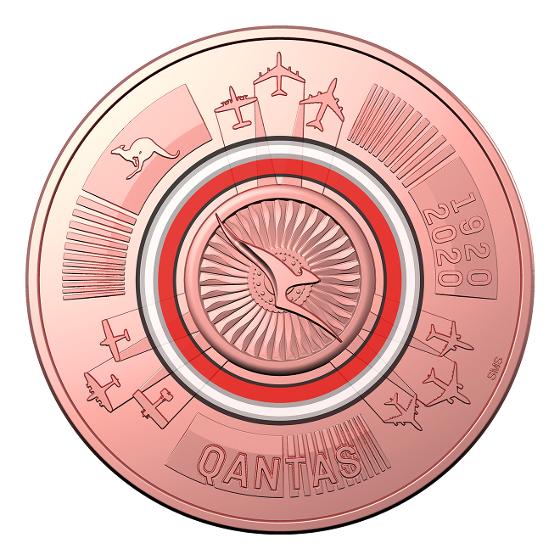 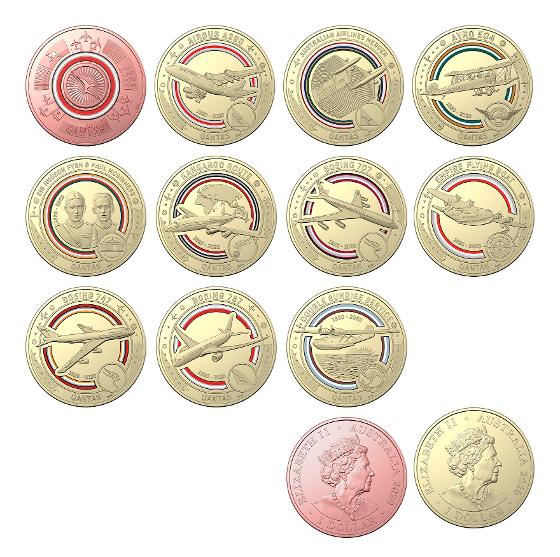 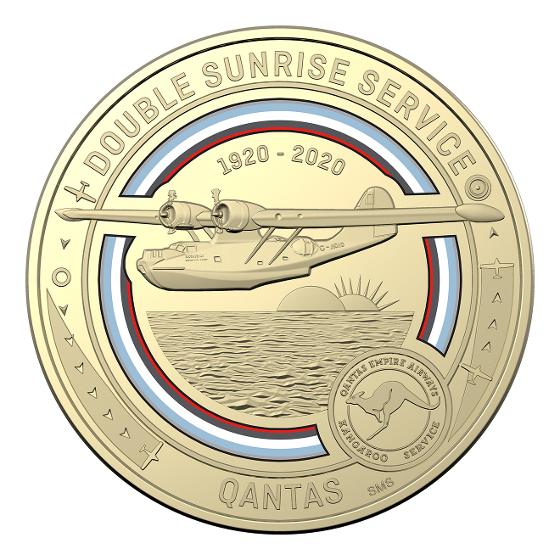 In 2020 Qantas celebrates its centenary. Acknowledging this historic occasion, the Royal Australian Mint presents this collection of 11 2020 $1 uncirculated coins. Each coloured uncirculated coin features an aircraft from the Qantas fleet over the century. The eleventh is a special copper coin paying homage to the original Australian Kangaroo Penny, the inspiration for the Qantas Flying Kangaroo logo.

Qantas, Australia’s own pioneering air service, will celebrate its centenary in 2020. At its foundation in western Queensland in 1920, Qantas first consisted of two aircraft and three staff, serving remote communities in inland Australia. The airline continued to grow, assisting the Royal Flying Doctors in the provision of medical aid in the outback, and supporting Australia with vital services during the Second World War, while maintaining crucial air contact with the United Kingdom.

As post war Australia grew, Qantas continued to grow with the nation, bringing many new Australians to our shores, and allowing Australians to experience air travel for the first time. Nowadays Qantas is considered one of the world’s leading long-distance airlines, connecting Australia with the world. 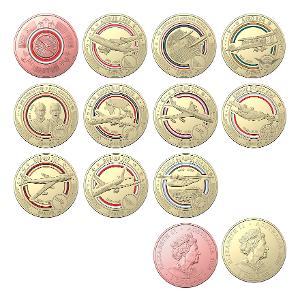