A shared language, similar cultures and close Trans-Tasman relations make it easy for Australia businesses to ship to New Zealand. Three businesses share what they learnt by expanding there.

Video: A man in a black T-shirt sits in trendy display room.

ROB: My name's Rob Rand and I am the founder and CEO of KNOBBY Underwear. KNOBBY is a subscription underwear club.

Video: On a laptop screen colourful dots appear all over maps of Australia and New Zealand. Rob works with a young man and woman. They all wear black T-shirts. On a computer screen, a map of New Zealand lands on the word KNOBBY, smashing it. Men model jaunty underwear.

ROB: International markets have been a big part of what KNOBBY is. The most important market to us at the moment is our New Zealand market, the reason being is it's just basically an extension of Australia. We find it so much easier with our marketing, just our general communication, our branding, even small things like time zones and seasons. It just syncs in really well with Australia and also our team here at KNOBBY.

ROB: I feel that New Zealand, it's often overlooked as being a good market to launch into. I think people are sometimes maybe concerned by its size, but for KNOBBY, New Zealand is probably around about a 30% make-up of our overall customer base, so it is really important to us.

Video: Designer postage bags are placed in an Australia Post crate. A woman works in a lounge area. A cap has a KNOBBY badge. A smiling employee holds up undies.

ROB: We love engaging with our New Zealand customers. We find that they really resonate with our fun brand. They love to kind of give their bit as well on social media and then, against the Aussies, sort of take the mickey out of each other, which is a lot of fun, but it's all just in good humour.

Video: An employee holds up men's shorts that have the white fern on the legs. Black women's underwear is decorated with a white fern.

ROB: We do a lot to make New Zealanders feel special and a big part of the brand as well. We even developed a New Zealand special edition. We were recently in Auckland for an event we held at Mt Smart Stadium there. It was great just to actually be there, listen to our customers, and even just see the brand out in the real world. It was quite amazing.

ROB: Australia Post has helped us significantly to launch and to continue to grow into New Zealand. They can order something online and receive it within a couple of days later - you know, very similar to what we would do domestically within Australia - and that, in all, just heightens the whole customer experience.

Video: The Australia Post logo appears on a white background.

For a country small in size and population, New Zealand’s online consumer spending is significant. The country is the 40th largest market for eCommerce with a revenue of USD3 billion in 2019. But what makes New Zealand most appealing is how easy it is to do business with.

The World Bank once again ranked New Zealand as the top country in this category for 2020 – making it a destination with rich growth opportunities for Australian businesses that have the benefit of being so close.

While we share similarities with our New Zealand neighbours, there are still key differences between both markets. Three Australian businesses that have successfully expanded to New Zealand share what they’ve learned.

Save 15% when you send to New Zealand using a MyPost Business account1 this Christmas.

Testing a new market is essential before you invest too heavily in an international expansion. New Zealanders’ love for online shopping is growing (PDF 3.2MB) and marketplaces are a great place for Australian businesses to dip their toes in the water before going all in. AliExpress, Wish, Amazon and eBay are the most popular sites across the ditch – with clothing, footwear and consumer electronics as some of the most popular items purchased in 2019 (PDF 6.36MB).

Australian beach towel brand Dock & Bay used popular Australian online marketplace The Iconic as a testing platform for the New Zealand market. “This was a great first stepping stone for us,” says Ben Muller, founder of Dock & Bay. “It allowed us to test product demand and then expand from that base.”

When it comes to sending overseas and achieving the coveted overnight shipping goal, the Knobby team says research is key. As Rob explains, “It’s those extra hurdles that international shipping brings. Learn about shipping through customs, international trademarking and work out the best packaging to use for your product to get to its destination safely. These are all the things that will contribute towards efficient delivery.”

One clear advantage of the closeness between Australia and New Zealand is that sellers can promise quick delivery times, which in the increasingly competitive online selling environment, is something consumers demand.

New Zealand was Knobby’s first choice for overseas expansion, and it has provided the business with exceptional growth. Rob says it was Australia Post’s international shipping solution that made their decision to expand to New Zealand a no-brainer.

“We could ship our product quickly, which made it so much easier to create a better customer experience. That did such great things for our brand.”

Another way to build trust and create personalised experiences for overseas markets is through web customisation by tailoring the online experience for each country. Jonathon Ladmore, founder of online toy store, Crayons has made this a priority for his business.

“It’s important to us to create a multi-country website. We want our New Zealand customers to feel valued and it’s simple things like displaying prices in their local currency that go a long way towards that.” he says.

“We also set realistic shipping expectations for our consumers by making it clear we’re based in Australia and not in New Zealand. Some companies can be misleading this way, which leads to a disappointed customer waiting longer than anticipated for their delivery.”

As fast, cost-effective shipping is a priority for Crayons, they’ve made strategic decisions in working with Australia Post and using its shipping services to decide which products to market and send to New Zealand. Jonathan says, “We only offer products under 10kg to our New Zealand customers. What this means for us is that there’s less risk of delay and limits shipping costs.”

New Zealand buyers now make up roughly 10% of Dock & Bay’s Australia-New Zealand market, and they credit this to their local distributors. Ben says, “It’s great to have market experts working to sell our brand. They can access different markets and have retail relationships we would never otherwise have exposure to.”

Ben adds that another benefit is receiving expert feedback from distributors on what the market wants. “They’ll let us know if customers have requested particular products – or make suggestions on colours that would work well in their market. It’s those little insights that can go a really long way in growing your customer base.”

Knobby also listens closely to feedback from their New Zealand customers. So when they demanded a New Zealand-specific design, Knobby swiftly responded. “This design was so popular that we’re now in our second version. It’s sold out every time!”

New Zealand currently makes up about 30% of Knobby’s overall customer base. A strategic ambassador program has also supported the brand's growth in the local market.

“We have a number of ambassadors and influencers who produce content for us that promotes the brand to their Kiwi audience,” says Rob. “Their understanding of the local landscape and in-jokes helps us resonate with that market and make for more personalised marketing to that audience.”

New Zealand offers a great opportunity for growing Australian businesses – so start thinking about your potential entry points. Is there a local influencer you know would love your product? Or a marketplace that sells similar products but you know yours is better? With some strategic research and a little risk-taking, you may soon find your business flourishing there too.

Look across the ditch: Online selling to New Zealand

Look across the ditch: Online selling to New Zealand

What Aromababy learnt from its 10-year journey into China

What Aromababy learnt from its 10-year journey into China

1 You must have a MyPost Business account. Savings are calculated based on how many qualifying parcels you send over rolling 8-week and 12-month periods. Please refer to the terms and conditions for further details on the eligibility criteria. 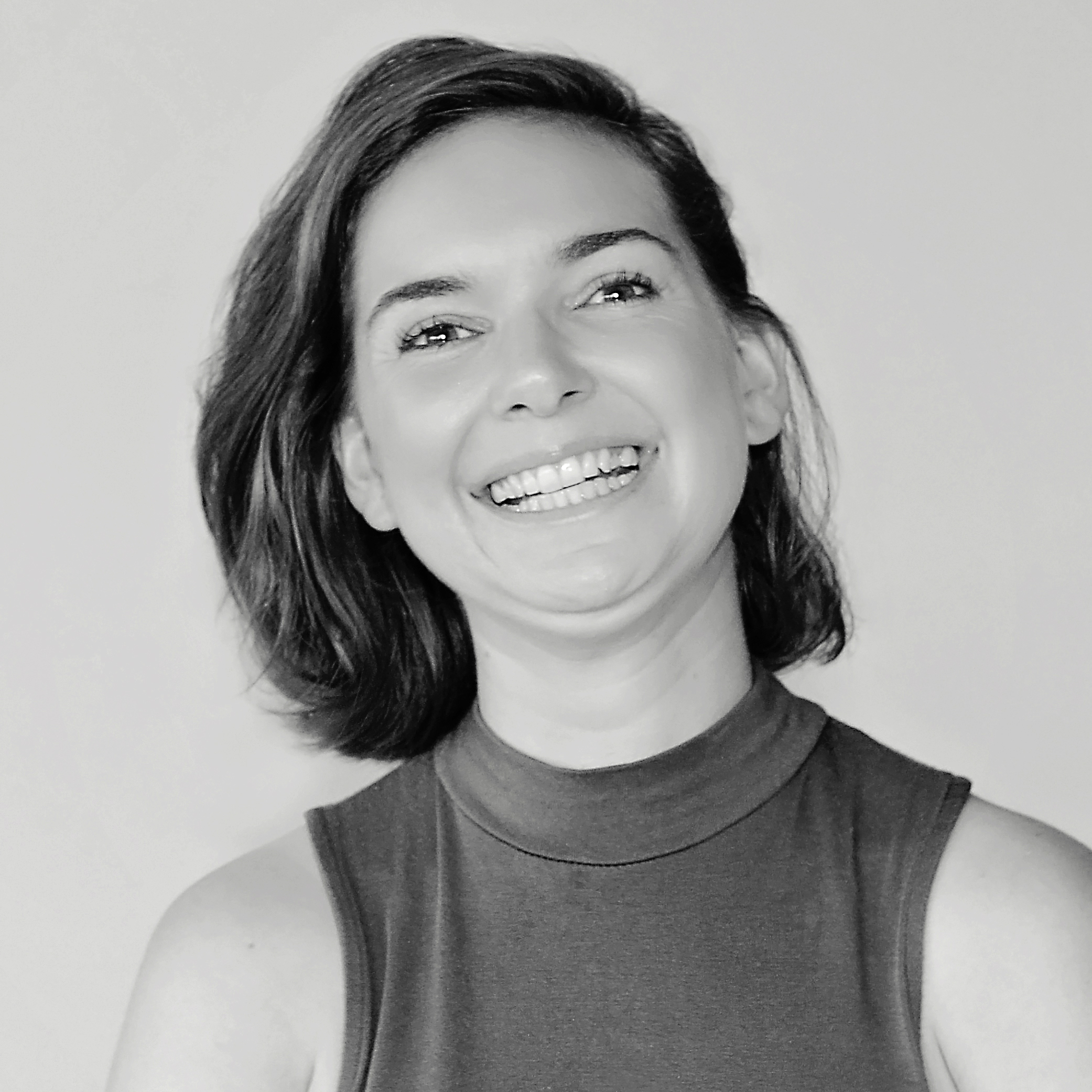 Contributor
An experienced writer working with Australia Post and small businesses, Elizabeth connects the needs of small business owners with the practical information they need to succeed. She also specialises in brand development and storytelling.

Contributor
An experienced writer working with Australia Post and small businesses, Elizabeth connects the needs of small business owners with the practical information they need to succeed. She also specialises in brand development and storytelling.